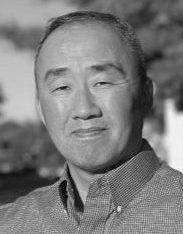 Steve and his wife, Grace, have four children:  Mariam, Caleb, Lincoln, and Ella.  The family’s motto is “Faith, Family, Friends, Fun.”  They enjoy spending time together and doing Christian work.  They were selected as the Yongsan Army Garrison’s 2017 Volunteer Family of the Year.  They live in Potomac Falls, VA.

In seven assignments covering 13 years in South Korea, Steve has traveled throughout the country, including the Northwest Islands and 25 South Korean guard posts in the demilitarized zone (DMZ).  He was selected as the Chief, Commander’s Initiatives Group (CIG) in UNC/CFC/USFK and later served as the Director, Strategic Communications. As the Secretary of the UNC component of the Military Armistice Commission (UNCMAC), he led an international team responsible for managing the July 1953 Korean Armistice Agreement and negotiating with the North Korean People’s Army.

Steve has been interviewed on NBC’s The Today Show and FOX News.  He has lectured at the Academic Council on the United Nations System, Ewha Woman’s University, and Korea National Defense University.  He has moderated and participated in numerous panels about the ROK-U.S. Alliance and Veterans who served in Korea.  And he has briefed the U.S. Vice President and Secretary of Defense, ROK Minister of National Defense and Minister of Foreign Affairs, NATO Secretary General, Dutch Prime Minister, and dozens of Members of the U.S. Congress.