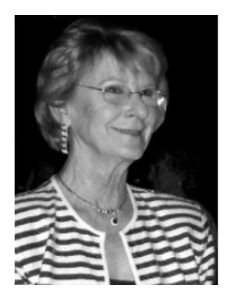 During the 50th Anniversary of the Korean War 2000-2003, she published The Commemorator, a quarterly publication for and about Korean War veterans and served as the Executive Assistant and interim Executive Director for U.S. Korea 2000 Foundation, a non-profit Foundation.

She now serves as a Board Member for the Korean War Veterans Memorial Foundation and is the Assistant Editor of the Airborne Quarterly, a digest of airborne history published by her husband under the auspices of the American Airborne Association.