On October 28, 1986, the U.S. Congress confirmed that the Korean War Veterans Memorial was authorized to be built by the American Battle Monuments Commission with the passage of  Public Law 99-572 (100 Stat. 3226). 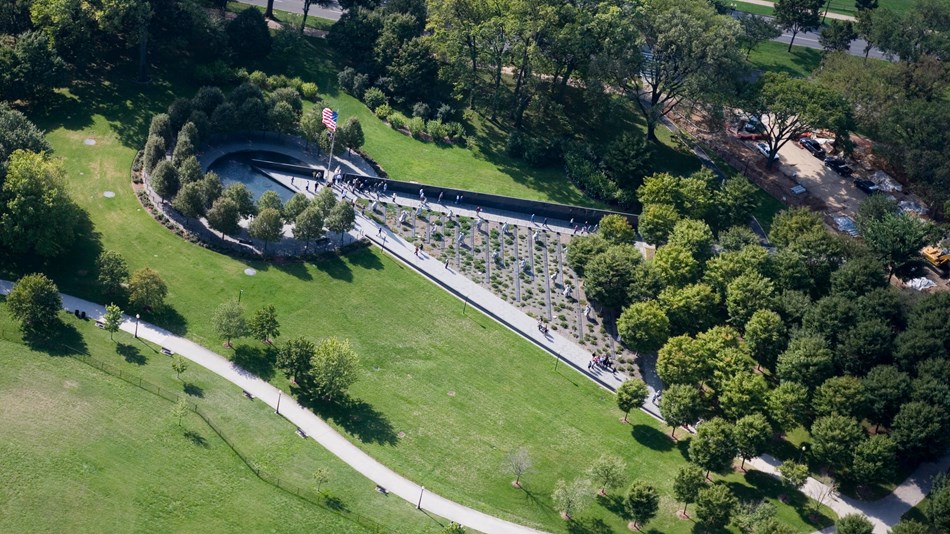 In July 1987, President Reagan announced the appointment of twelve individuals to the War Veterans Memorial Advisory Board (KWVMAB). In addition to being highly decorated Korean War veterans, these individuals reflected a broad representation of the United States military services and prominent veterans organizations, including the Veterans of Foreign Wars, American Legion, Disabled American Veterans, Paralyzed Veterans of America, and the American Veterans Organization. 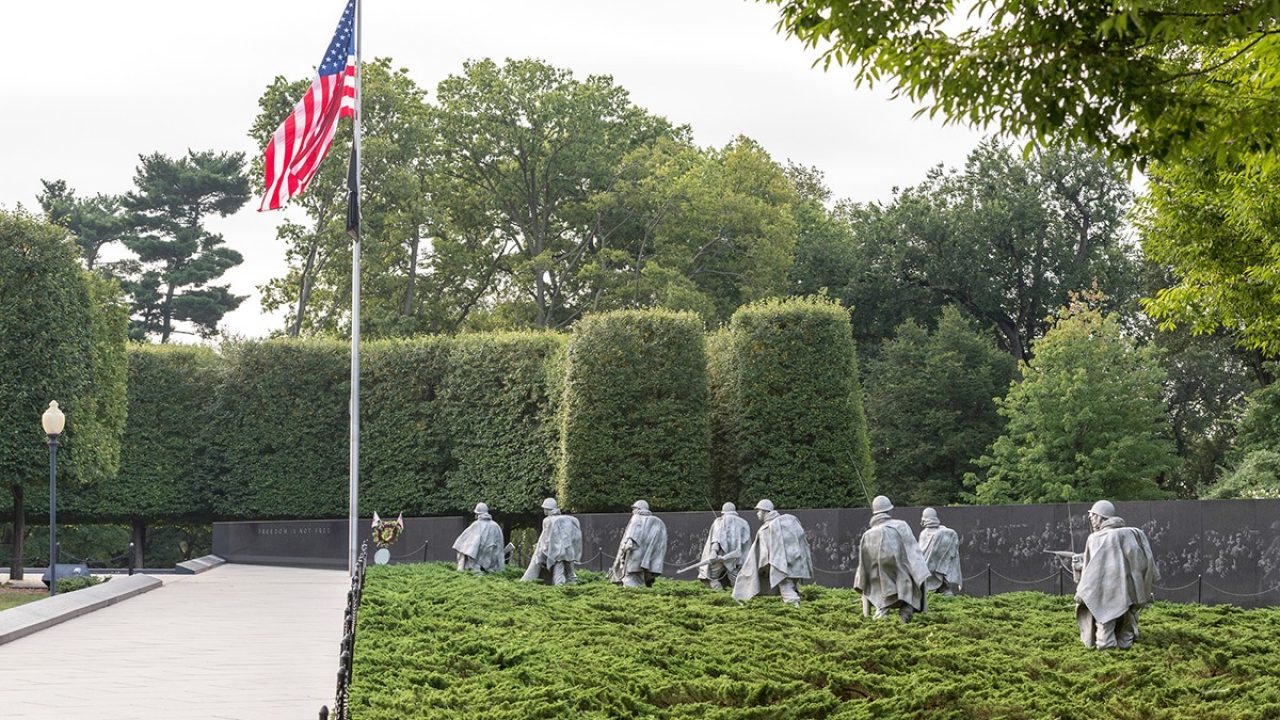 The design of the Memorial was selected during a nationwide competition with more than 500 submissions. The winning design was submitted by cooperating designers known as the Cooper-Lecky Architects. President George H. W. Bush presided over the groundbreaking event on Flag Day, June 14, 1992.

On July 27, 1995, the 42nd anniversary of the armistice that ended the war, the Memorial was dedicated by President Bill Clinton and Kim Young Sam, the South Korean president, to the men and women who served during the conflict. Management of the national Memorial was turned over to the National Park Service, under its National Mall and Memorial Parks group. The advisory board concluded its work in September 1995. In October 1995, the Korean War Veterans Memorial Foundation was established to ensure the perpetual maintenance of the Korean War Veterans Memorial. 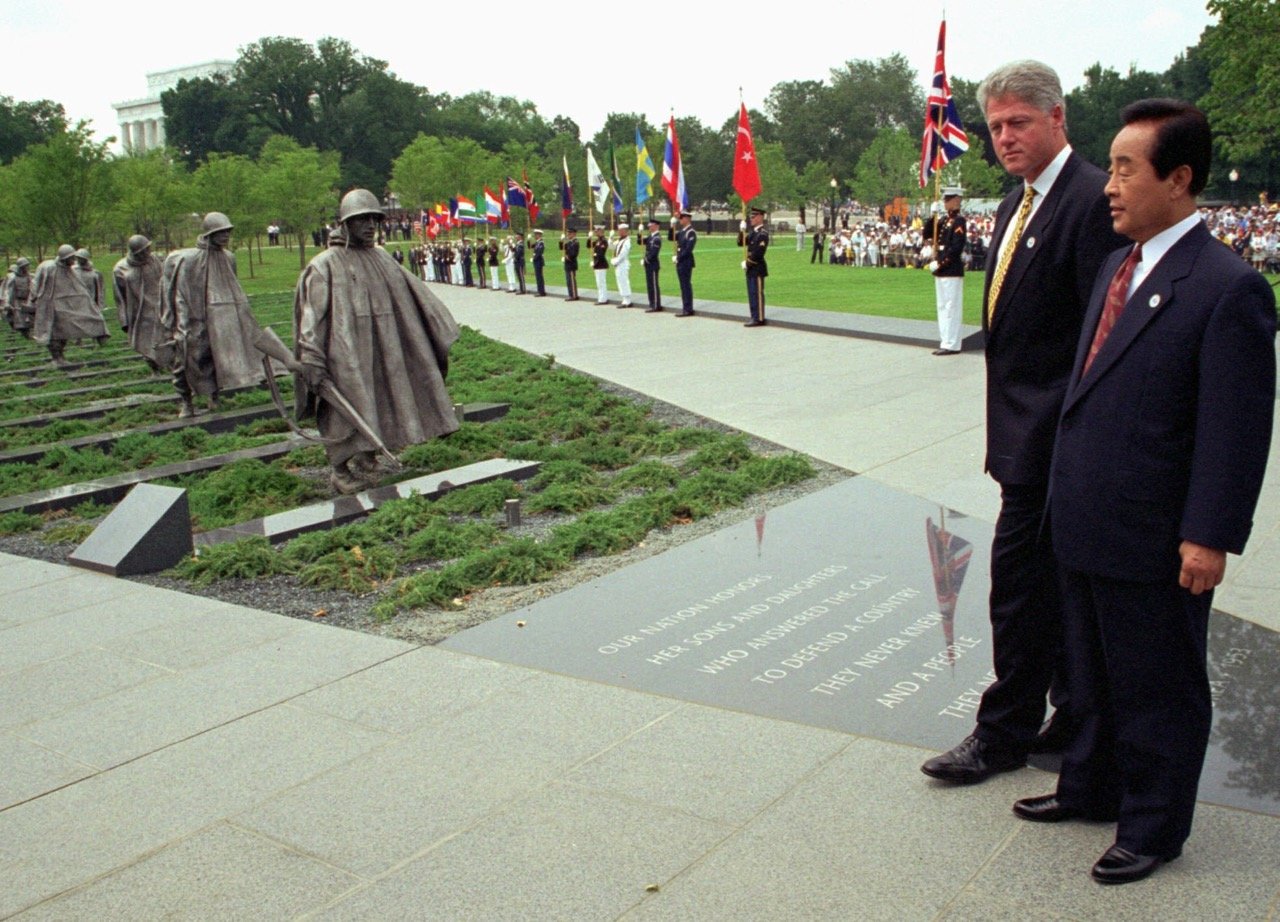 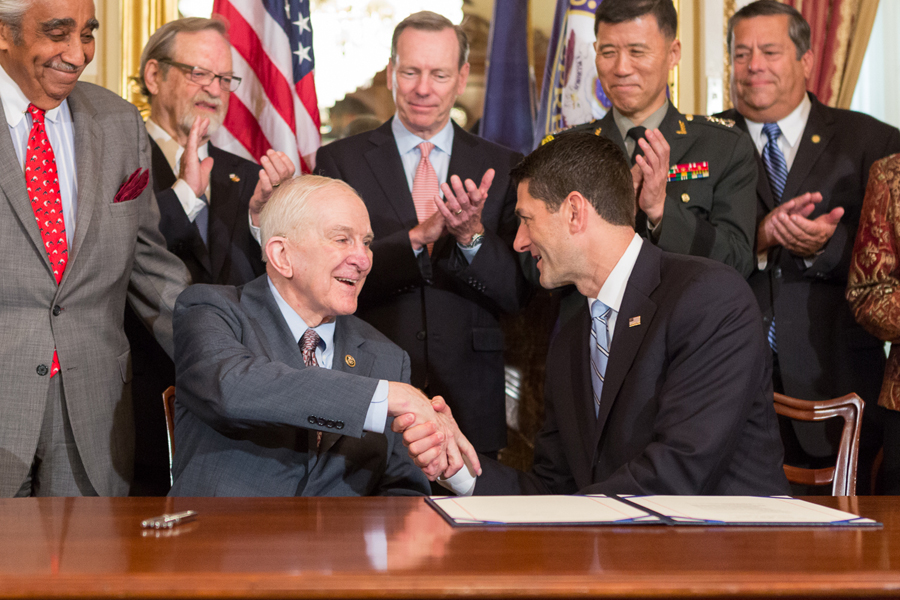 This important project was to honor members of the U.S. Armed Forces, the ROK Armed Forces, and other nations of the UN Command who died were wounded, listed as missing in action, or prisoners of war in the Korean War. In March 2015, legislation was introduced and championed by Rep. Sam Johnson (R-TX), with fellow Korean War veterans, Representatives Charles Rangel and John Conyers. HR1475 – Wall of Remembrance Act was signed into law by President Obama on October 7, 2016.

On July 27, 2022, Korean War Veterans Memorial the Wall of Remembrance Dedication took place. This new addition is a remembrance wall featuring the names of more than 36,000 Americans who died supporting the War and over 7,100 Koreans who died while augmenting the Army. Their names are organized by rank and respective branch of service, demonstrating how the War’s burden fell unevenly across the military. 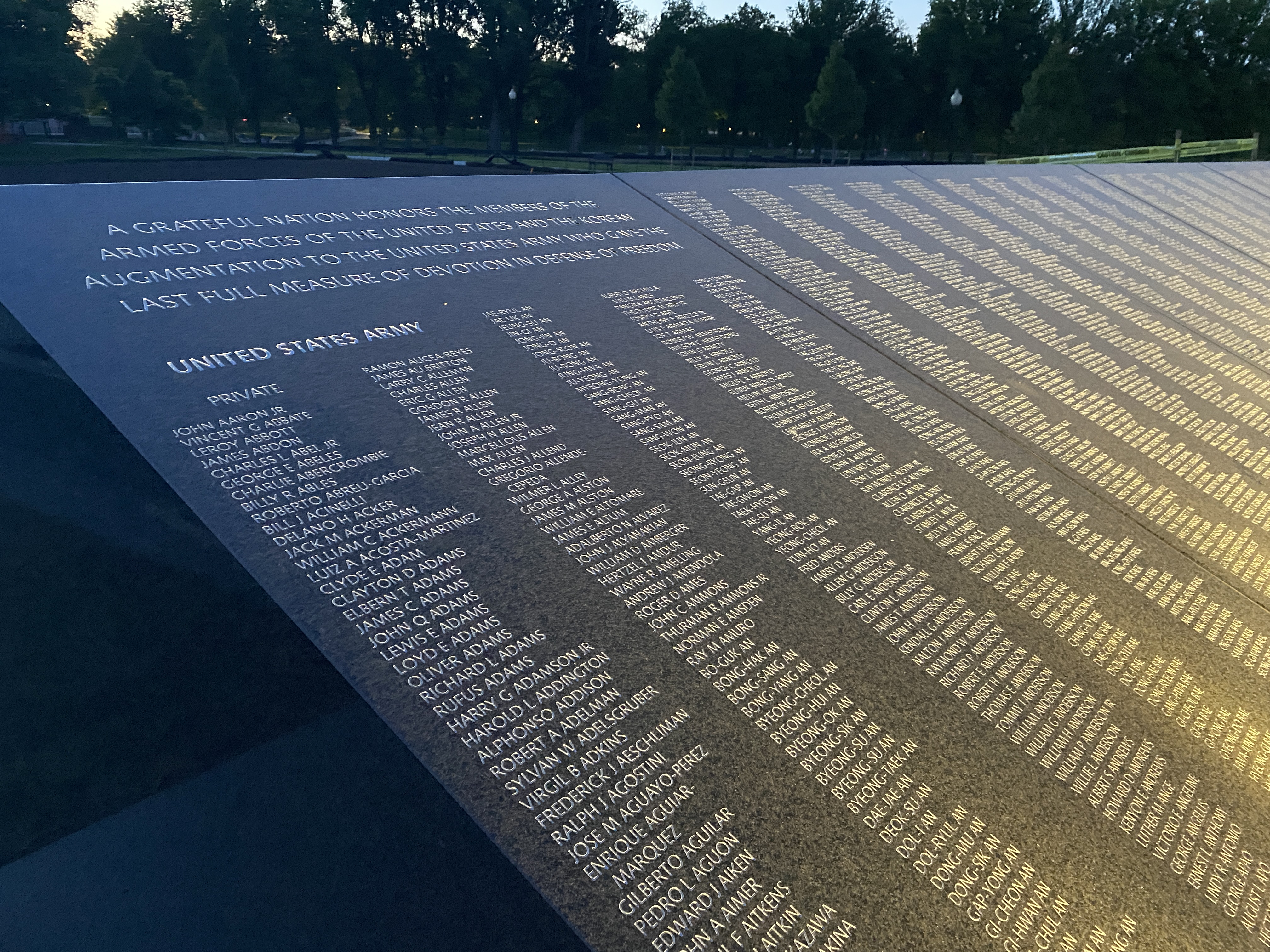