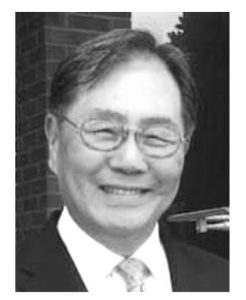 Sunny is a 2000 USO Patriot Award recipient and one of the Most Influential Atlantans by JAMES Magazine and Atlanta Business Chronicle in multiple years. He is an Executive in Residence of Georgia State University who lectures regularly. Mr. Park immigrated to the United States in 1974 with no money who now, as an indicator of his business acumen, has successfully achieved his goal of paying $1M in income tax annually.

A native of South Korea, Sunny served as Commissioner of the White House Advisory Commission and Vice Chairman of the Georgia Ports Authority. Additionally, Sunny has brought a wealth of board member knowledge and experience to the Korean War Veterans Memorial Foundation through his past and continued service supporting several nonprofit organizations.

Mr. Park founded the Good Neighboring Foundation to encourage fellow immigrants to become active in community affairs. With his own program, “If Sunny Can, I Can,” he mentors high school dropouts enrolled in Youth Challenge Programs.