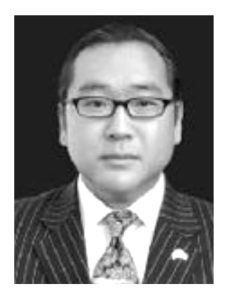 Thomas S. Kim is Founder and President of Thomas Capitol Partners, Inc., an international lobbying and strategic consulting firm based in Washington, DC. Mr. Kim’s practice centers on representing and advising the Government of the Republic of Korea and the Korea International Trade Association (with over 72,000 member companies) on a wide range of political, security, diplomatic, military, cultural, economic and trade matters before the United States Congress. For more than a decade, Mr. Kim has contributed to nearly every congressional and legislative initiative affecting the U.S.-Korea
alliance.

He serves on the Board of Directors of W2E International Corporation, an advanced waste conversion technology company that utilizes gasification processes to convert waste matter into clean energy. He also serves on the Board of Directors and the Executive Committee of the Korean War Veterans Memorial Foundation, Inc. whose mission is to ensure the proper maintenance and enhancement of the Korean War Veterans Memorial in the Nation’s Capital. Mr. Kim volunteers as a Guest Lecturer in the Department of Political Science at the United States Naval Academy. He is also active with the Naval Academy Foundation and established the “Thomas S. Kim Scholar” program that supports a Midshipman’s semester exchange at the Republic of Korea Naval Academy. Educated at The Johns Hopkins University (B.A. with Honors) and Georgetown University’s School of Foreign Service (M.S.), Mr. Kim currently resides in McLean, Virginia with his wife Nancy, a Partner at Lange, Thomas & Associates LLP, and their sons Thomas (TJ) and Samuel.