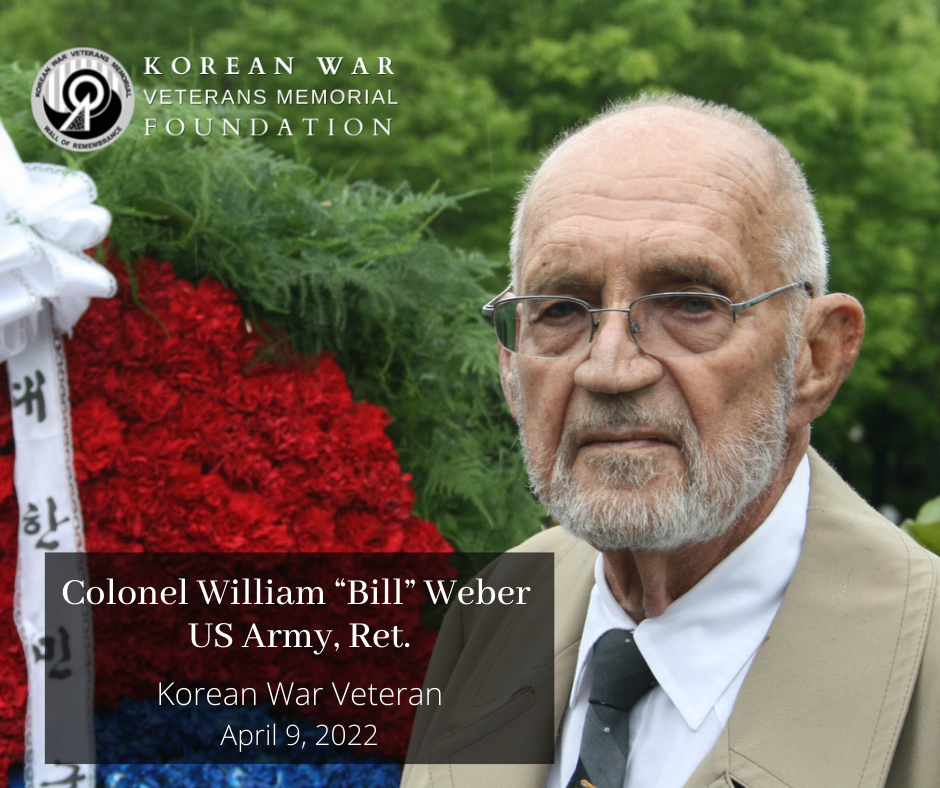 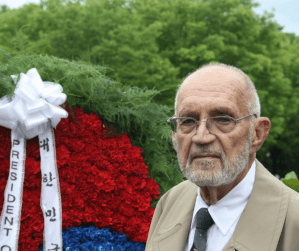 On behalf of the Korean War Veterans Memorial Foundation (KWVMF), it is with deep regret and sadness we announce the passing of Col. William E. Weber, U.S. Army retired. Colonel Weber was a highly decorated Korean War veteran noted for his dedicated efforts to help the American people remember the Korean War. Colonel Weber passed away Saturday, April 9, 2022, at his Maryland residence. He was 97.

Colonel Weber’s distinguished military career began when he enlisted in the U.S. Army on February 25, 1943, and was assigned to the 11th Airborne Division. He was selected for Officer Candidate School (OCS). After receiving his commission, he rejoined the 11th, where he served in the Pacific Theater through the end of WWII and in the occupation of Japan. When the Korean War broke out, he was deployed to Korea in August 1950 with the 187th Airborne Regimental Combat Team (ARCT.) He was first wounded in September 1950 while attached to the 1st Marine Division in the battle for Seoul. Colonel Weber was subsequently promoted to Captain in December 1950 and assigned as Commander of K Company, 3rd Battalion, 187th Airborne Regimental Combat Team (ARCT.) In February 1951, during the battle for Wonju, he was seriously wounded and evacuated to the States.

Following an extended hospitalization, and despite having lost a leg and part of an arm, he was retained on active duty and served in positions at Fort Benning, in Europe, and at Headquarters, Department of the Army. He retired as a Colonel in October 1980, after more than 37 years of service. His decorations include the Distinguished Service Medal, Silver Star, Bronze Star with V, Legion of Merit with Oak Leaf Cluster (OLC), Purple Heart with 2 OLC, and Army Commendation Medal with OLC.

After the Memorial was dedicated in July 1996, Colonel Weber was instrumental in establishing the Korean War Veterans Memorial Foundation. In Bill’s mind, the Memorial was not complete. His vision was to add a Wall of Remembrance. After many years of hard work and determination, Bill’s dream of honoring and thanking those who gave the ultimate sacrifice is nearly complete. The Wall of Remembrance will be dedicated on July 27, 2022, and will display the names of American service members and Korean Augmentation to the U.S. Army who lost their lives in the war.

General John H. Tilelli, Jr., U. S. Army, retired, praised Colonel Weber. “When I assumed my position as KWVMF Board Chairman in early 2019, Colonel Weber held this position for several years. Much of the success to build the Wall of Remembrance was the work of his hands. Colonel Weber remained on the board until his passing.

“Bill Weber’s life was a testament to the promise of America. He and his wife, Annelie, have worked tirelessly to have our country recognize the sacrifices made in the Korean War. As his friends and loved ones prepare to put him to rest, KWVMF is privileged to report that his work — and his spirit — live on.

“We remember Col. William E. Weber with gratitude: because we carry on his cause with his example to guide us.” 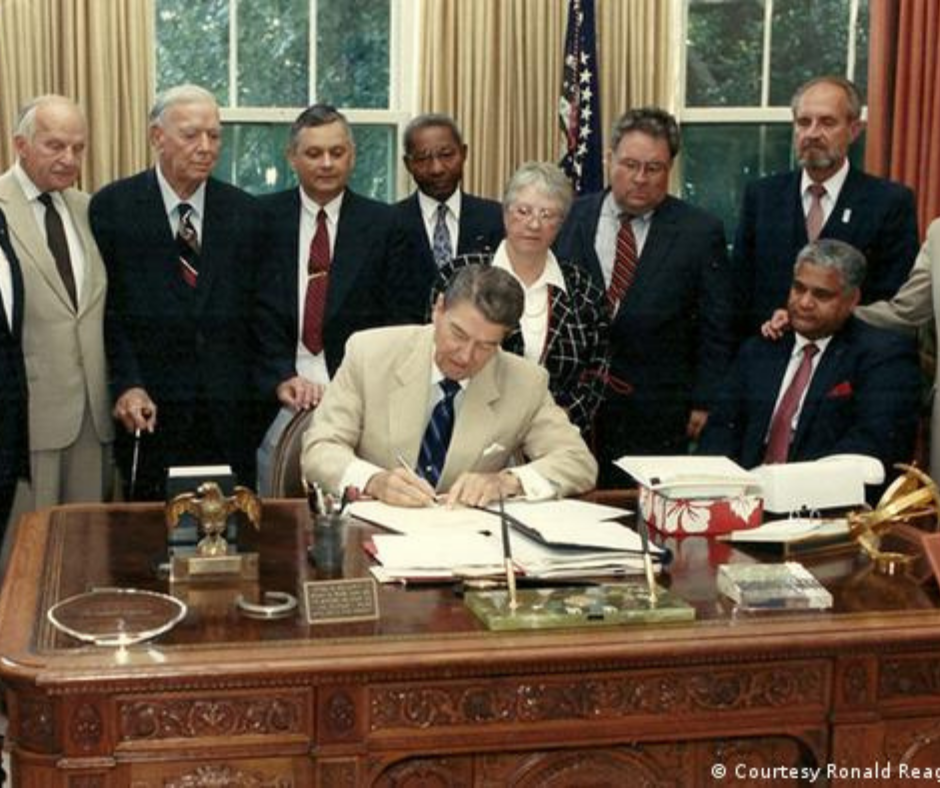 In July 1987, President Reagan announced the appointment of Colonel Weber to the Korean War Veterans Memorial Advisory Board. 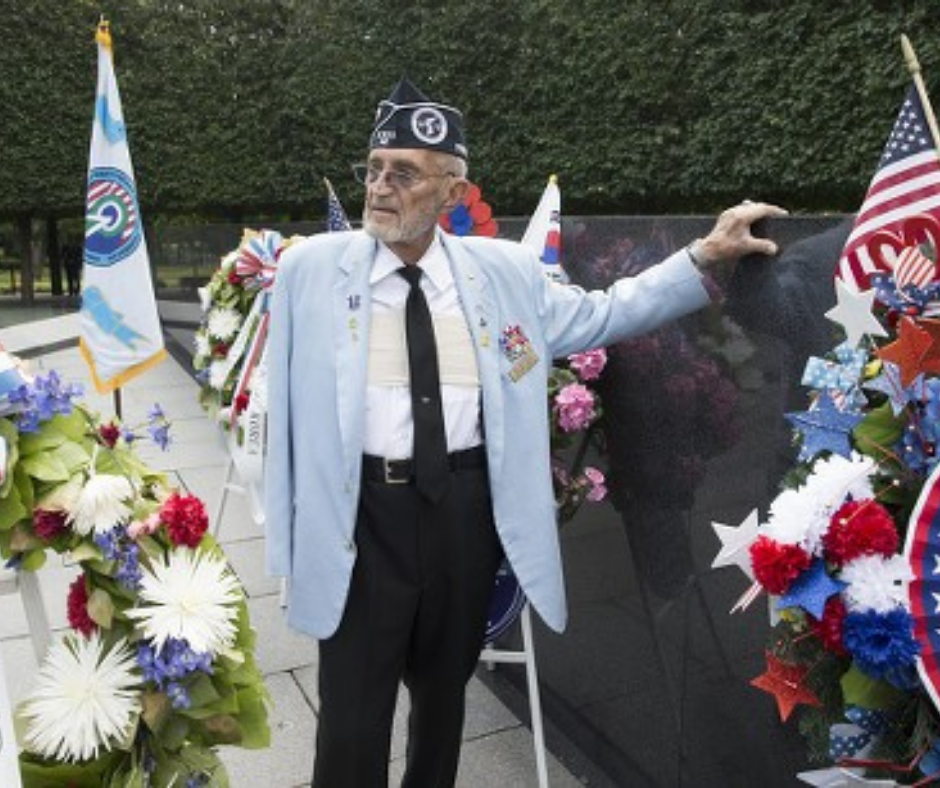 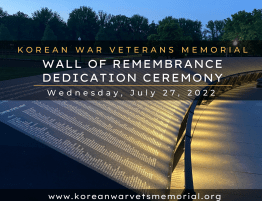